Violins are popular in many genres of music, including folk, jazz, classical, and pop. There are many different types of violins and sizes, each tailored to a different sound and purpose.

The first violin was invented in the 16th century, with other stringed instruments dating much further back. Violins are the backbone of classical music. They provide the melodies, the accompaniment, and the excitement.

Likewise, violins are a staple in folk music. They drive the music forward, creating boot-stomping melodies with quick notes. Although they take time to master, it is worth learning the violin! 4/4 is full size, clocking in at 14 inches, and is the biggest. 1/32 size is the smallest, only nine inches long. Almost all adults use a full-size violin.

It’s simple to measure what size violin you need. Measure the length between your neck and the middle of your left wrist, with your hand fully extended and raised as if you were holding a violin.

If you’re buying a violin for a small child who might grow quickly, it’s a good idea to rent instead. That way, you can keep upgrading sizes to ones that fit. Remember that you’ll need to buy a bigger bow and case if you upgrade violin sizes!

History of the Violin

The earliest bowed instruments are the ravanastron and the omerti. They were found in India and played like a cello.

The first record of a violin comes from paintings by Gaudenzio Ferrari, dating back to 1530. The violin quickly gained popularity. Charles IX of France commissioned a huge range of string instruments. The difference between a Baroque violin and the modern violin is the sizes and natures of the neck, fingerboard, bridge, bass bar, and tailpiece. Baroque violins are fitted with gut strings, made of a material that is a byproduct of the meat industry. The violin is one of the most important instruments in classical music. It is extremely expressive, almost as expressive as the human voice. This is because violins are able to produce vibrato and express pitch and timbre.

Violins make up a large portion of orchestras and are divided into first and second violins. The first violins usually get the melody, which is more technically difficult. The second violins play harmonies or melodies in lower ranges.

Some modern violinists are adding improvisation into their classical music performances. They will even put-on entire concerts or just improvisation. The Stroh violin is also called the Stroviol. It is a string instrument that is made louder by a metal resonator and horn attached to its body. The instrument was invented in London by an electrical engineer, John Stroh, in 1899.

The Stroh violin has two horns. One is positioned at the end of the fingerboard. These projects sound to the audience. There’s also a smaller horn that lets the player hear themselves more clearly. Electric violins have a sharper sound than acoustic violins because of feedback and their solid bodies. This sound is often sought-after in rock, pop, and avant-garde music.

There are also “semi-hollow” designs, which have a sealed resonating chamber that reduces feedback. Electric violins are often viewed as experimental instruments. Some have frets, extra strings, machine heads, baritone strings, and sympathetic strings. Sympathetic strings are used to enhance the overall sound of an instrument and aren’t directly played; rather, they resonate with certain notes played on the instrument.

Violins are incredibly versatile. They fit any genre of music. Different violins exist to specialize in each of those genres. The fiddle is great for folk music and dancing, while the five-string violin has a deeper tone and was designed for improvisation. A fiddle is any bowed string instrument, most commonly a violin. It is nearly synonymous with the term violin. However, the style of music being played determines differences in structure between fiddles and classical violins.

Fiddles may have a flatter arch to reduce the bow-arm motion while doing a double shuffle, which is when you rapidly alternate between two adjacent strings. Fiddlers often use steel strings to produce a brighter tone.

The fiddle is included in many folks or traditional styles. These are often taught orally and by ear rather than by reading written music.

Fiddling makes rhythms that focus on dancing with quick changing of the notes, instead of the sustained notes of classical music and violin playing. Fiddlers also improvise a lot. 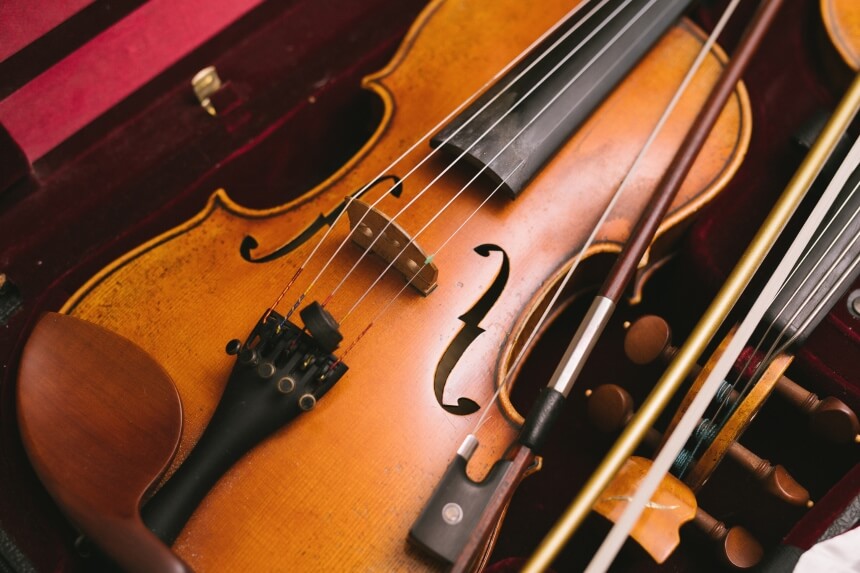 The five-string violin was invented so that improvisers could play as low as the viola while playing the violin.

Bobby Hicks is a bluegrass fiddler who made the five-string violin popular in the 1960s. The low C string is usually a little quieter than the other strings, so players have to use a special technique to bring the sound out.

The body of a five-string violin might be a little wider and deeper to make the sound of the C string come out more. Despite this, it is still smaller than a viola. Five-string violins are usually used for improvisation in country fiddling, swing, and jazz.

Clearly, there are many different types of violins. Each is unique in its purpose and history. Each new violin is an innovation on the last, building on its predecessors to progress music forward and make history.

No matter who you are, there is a type of violin out there for you. If you’re experimental, go for an electric violin. If you like folk music, get a fiddle! If you want to learn the melodies of classical music, you can’t go wrong with a standard acoustic violin. Now that you know all there is to know about violins, it’s time to pick one up!

pinterest
Related Articles
6 Excellent Violin Bows for Musicians of All Levels
6 Best Violin Cases – Reviews and Buying Guide
How to Choose a Violin – Your Handy Guide
How to Rosin a Violin Bow – Do It the Right Way!
Violin History – We Bet There’s Something You Didn’t Know!
How to Hold a Violin Bow Like a Pro
Leave a Reply Cancel reply
Experts Advise
1
how to rosin a violin bow do it right
2
why violins dont have frets its simple to explain
3
violin history
4
how to change violin strings
5
how to choose a violin
More Research on Violins
violin bow
Most popular
2
electric violin
3
violin for kids
4
violin case
Navigation